What is in Fair play? - The History of the Fair Play Wine Country # 3

I was thinking that once you are here in Fair Play and are enjoying some of the great wines from the many great wineries here, you'd wonder how it all started. This is the third and final part of the History of the Fair Play Wine Country. Hold on  to your seat, this will be like a Vin Diesel & Paul Walker "Fast & Furious".

A the conclusion of part 2 I said Cindy & I lived next to a future winery. Mike and "D" Iverson lived on the back side of the property we rented while we started our construction of Lucinda's Country Inn. They both worked "down the hill" while moving dirt, planting vines and rearranging the barn, the storage shed and almost everything else on their property. We could sit on our patio looking at the setting sun and see Mike & "D" walking to their mail box at the end of their driveway. We have become good friends. They opened in March of 2006. 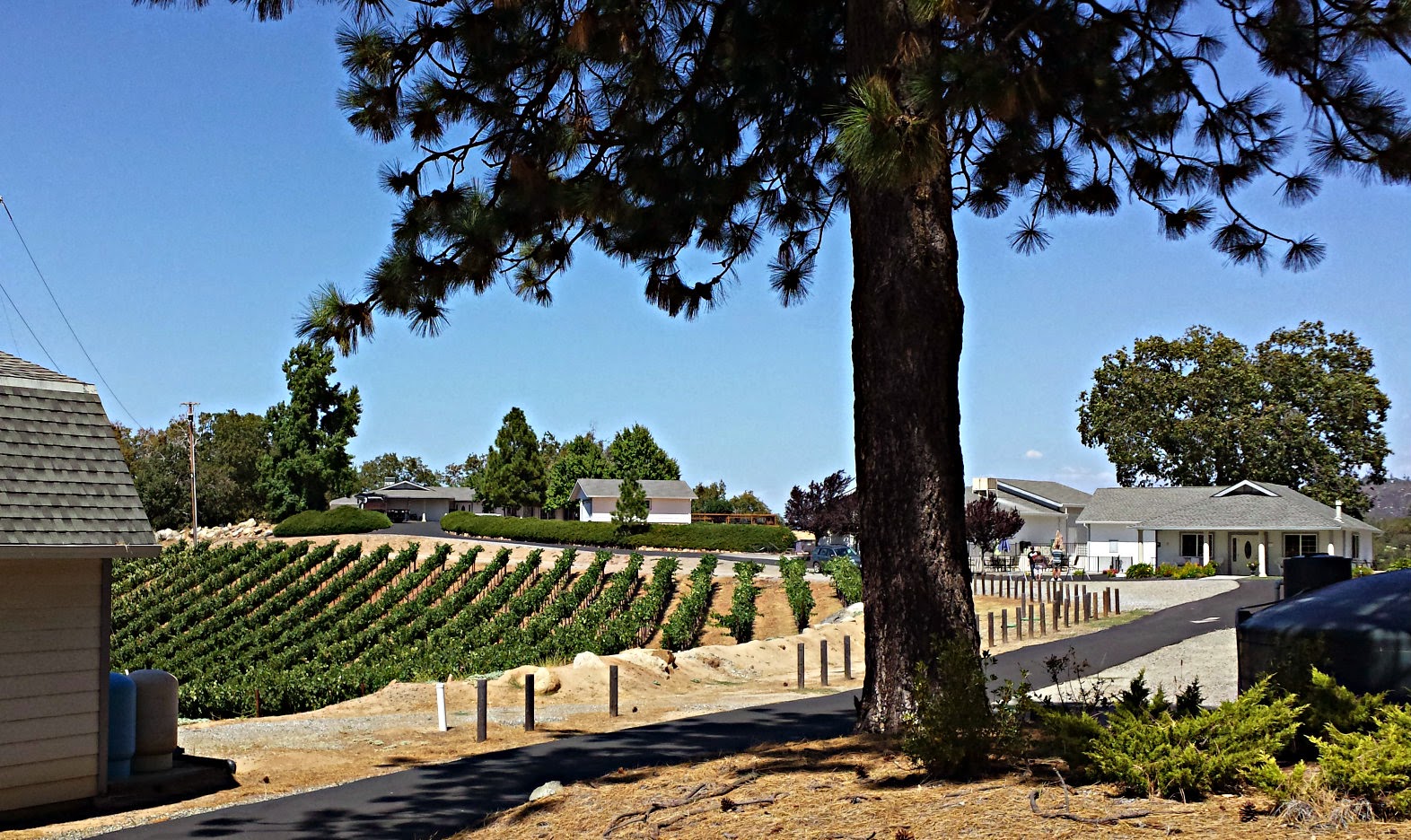 This view is when you are driving up the driveway to Iverson Winery.


I make no apologies for the non-chronological order of the winery start positions. From the time Cindy and I started building Lucinda's Country Inn until today there have been over two dozen new wineries open in the Fair Play Appellation. Our little corner of the world has truly become a mecca of great boutique wineries; all have won many awards. The terroir and micro-climates of the Fair Play Wine Country make the region a standout for full bodied, rich flavored wines, like Zinfaandel, Barbera, Petite Syrah, just to name a few. The following is a thumbnail of the other wineries I have not already covered in my two privious posts about the history of the Fair Play Wine Country.

dkcellars finally opened their tasting room in Fair Play after many years of having tastings in the Vino de Plaza tasting center in Lockford, just east of Stockton. Firefall Winery's tasting room was on Mt. Aukum Rd. room near the Somerset four way stop sign. Their vineyard is up Grizzly Flat Rd. After Firefall left their tasting room, Cantiga Winery opened in that space while their winery was being built on Grizzly Flat Rd. Now, that building houses the Bechard Winery tasting room, with their vineyard is up Grizzly.

Speaking of Grizzly Flat Rd., Busby Cellars Vineyard and Winery was developed by the owners, Elliott & Sherrie Graham, with them doing most of the work themselves. Saluti Cellars in a about 3 miles from the Somerset 4-way stop sign; up Grizzly Flat Rd. Randy & Tina Rossi have developed without question one of the most beautiful winery properties ever created.

At the corner of Fairplay Rd. and Mt. Mount was Sierra Oaks Winery tasting room for many years, until the owner, Jim Brown, retired and closed up shop. As we went through the grueling County process of permitting, Paul Toogood out smarted the County by drilling into the hillside for caves. He by-passed the county and got permitted by the State Mines & Geology for the Toogood Winery. John Alexander blasted his way into Fair Play by dynamiting the building pad for his Colibri Ridge Winery into the rocks on the Grey Rock Rd.

Mt. Aukum Winery built their tasting room on Mt. Aukum on Tower Rd., named for the communication tower adjacent to the winery. Cheateau Routon is an Arabian Horse ranch as well as their winery. Their tasting room has one of the best panoramic views in the Fair Play Wine Country. Linda Neil at Mellowood Winery started her own vineyard and winery after many years of vineyard management in Napa.

Cindy & I attended an Ag Commission meeting where Golden Leaves owner, John Verbitsky, said he was going to have an assembly room for about 50 people. Boy the the sh** hit the fan. He now has a tasting room that holds about 50 people. Jonathan Lachs & Susan Marks developed the hill behind Single Leaf, up Marestail Lane for their Cedarville Winery. Mike & Carrie Skinner have one of the most spectacular views of the Fair Play Valley. Mike Skinner's family roots go way bay to the mid-1800's with vineyards. His ancestors planted grapes in Recuse before there were anything like tasting rooms. Now his Skinner Winery sits atop a hill with the tasting room is surrounded by great rock walls and patios.

From the upper deck at Skinner's tasting room you can see forever.


Robert Van der Vijver of Van der Vijver Estates has the motto,"Ask for Forgivenss". His approach has worked well for him. MV is short for Miller Vineyards. John Miller had to change his name because ABC said there was already a Miller Vineyards Winery. Shadow Ranch Vineyards & Winery shares the long windy driveway with Gwillan Estates. Both are nestled atop hills with good views. Palissandro Vineyards & Winery planted several Italian varietals, so they will have truly Italian wines to enjoy. The last one I will mention is not really a winery, but a commercial tasting room, Winery By the Creek. This tasting room is owned by Charles Mitchell and the grapes are from all over California.

For a good look at the wineries in the Fair Play Winery Association click here . I've mentioned Cindy & I several times in these three posts. Cindy is actually Lucinda of Lucinda's Country Inn and I am the tag along whose name was not used for the Inn.

I hope you have enjoyed this three part historical winery journey. Join us in Fair Play, so you too can "experience the Fair Play difference".

Posted by Daryls Ponderings at 11:08 AM