What is in Fair Play?

I was thinking that once you found Fair Play and got here you'd ask, "What is there to do in Fair Play?" Maybe you'd ask that question before you decided to come to Fair Play. I know the area is not San Francisco with all it's metropolitan happenings, but there are places to see and things to do. I'll share some of our paradise now and more at a later time. 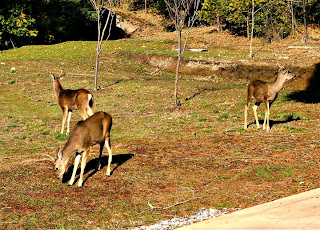 These young bucks fear no man, woman or child. They know they are safe at Lucinda's Country Inn. These guys are just a small sampling of the wildlife just outside the windows at the Inn.

If you want to taste some of the best wine in California, just 11/2 miles from Lucinda's Country Inn is Windwalker Winery.  Their 2008 Primitivo, called Shady Lady, won the California State Fair Golden Bear Award. The Shady Lady is gone , but other excellent wine by the same winemaker, Dominic Mantei, is available every day, 11-5. For those of you who don't know about the Golden Bear let me digress and explain. 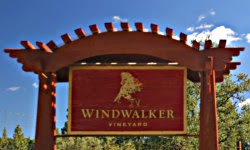 You know you found what you were looking for when you see this sign.

Each year the California State Fair has a wine judging. Wines from all over are judged and awarded a whole library full of descriptive awards from Bronze up to Double Gold Medals. The wines are judged by the region, by the variety of wine (by class) and the best of the best of each of those categories are judged to decide which ones merit special recognition. The highest honor any wine can be given is the best Red or White in the competition. Windwalker Vineyards & Winery was selected as the Best Red and given the  Golden Bear as the best Red in all of California for 2011. To go along with that distinction, Windwalker was rated the third best winery in California. Not bad for the first ever Golden Bear given to a foothill winery. This last State Fair Windwalker was given the distinction of having the best Cabernet Franc in California. Dominic appears to know what he is doing, because he's doing it right. 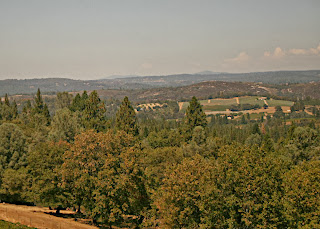 Atop one the the hills sits a beautiful place named Skinner Vineyards & Winery, rich in history,
but its focal point is the panoramic view.

Skinner Vineyards has a long legacy in El Dorado County. The first Skinner vines were planted in 1861 in the Rescue area of El Dorado County (I'll write a lot more about El Dorado County's rich history in another post.). Those vines still produce some excellent old vine grapes ultra rich in flavor. The winery is noted for it spectacular view and extraordinary rock work that makes the multilevel patio just right for a small picnic or a large party. There is an outdoor kitchen they use for special events and on some days they turn on the widescreen TV for football games or other shows. Enjoy the spectacular view and fine wines Thursday - Monday 11-5. 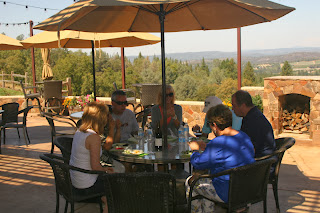 This group of characters from Lucinda's Country Inn's Murder in Fair Play - The MOB Connection are enjoying their lunch on Skinner's lower patio; while trying to solve the "who dunit."

So I don't take up too much space, let's just let it suffice to say there is much more to do and see in Fair Play. I'll let you know what and where.


Posted by Daryls Ponderings at 1:18 PM