I've been thinking of how to say thanks. Luxury Travel Guide (LTG) has just named Lucinda's Country Inn  the Romantic Luxury Retreat of 2018. That is a big deal when you consider all the places in the Americas, North, Central and South, that are considered romantic retreats. Lucinda's Country Inn in little 'ole Fair Play, CA has that distinction now. WOW!! 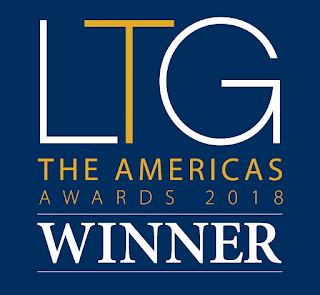 You can see the publication at  Luxury Travel Guide and paste in this code LTGAmeri18287 in the authorization code box. When you see the publication write 221 in the white box and hit enter, that is the page we are on. Then in the lower right is a four corner box to see it full screen. We have a framed certificate and a lucite award stating we are the Romantic Luxury Retreat of the Year 2018.

We were honored by LTG in 2015 as the Most Relaxing Country Inn – El Dorado County *** Best Upscale Bed & Breakfast – Amador County *** LUX Recommended Wine Country Getaway – Amador County. That was really cool and we were thrilled to be among the best in California. Now we are the best in the Americas, the Western Hemisphere. That is REALLY COOL.

When we decided to do Lucinda's we always wanted to make her a special place for people to call it their "Home Away From Home", and many people have written reviews saying that is what they enjoyed about Lucinda's Country Inn. The design is like no other and for all the appointments we tried to think each element of each item down to the minute detail. Without all that forethought and diligent efforts over the years to keep her spotless and up to date, LTG would never have bothered to have their panel of judges even consider Lucinda's Country Inn.

We have been fortunate to be recognized by several industry powerhouses: TripAdviser has given us their Award of Excellence, BedandBreakfast.com has named us a Diamond Collection B&B, the American Commerce Association has named us the Best of Somerset from 2011 until 2018 and has installed Lucinda's Country Inn in their Hall of Fame, to name just a few. These awards and as I used to say in Jaycess, "Bwards and certificates suitable for framing" have never been things we have sought. These things have been bestowed to Lucinda's without our efforts. They are nice to receive and we appricate the recognition and love to let our guests know what is happening at Lucinda's. 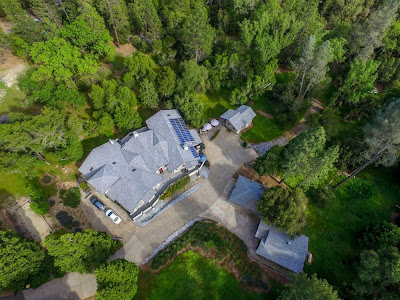 In 1969 living in "College Town", the married student housing, on Sacramento State College campus with my new born daughter in her basinet, I sat at our small dining table writing a life wish list. On that list was I wanted to own an insurance agency. In the last half of the 70's through the 80's I owned and manged Valley-Hi Insurance Services where I wrote general business liability insurance, auto, home, life and health insurance. I also wanted a mountain retreat for people to escape the hustle and bustle of city life. In 2000 we moved back to Northern California to begin serious work to get Daryl's Country Inn started. Well, that's what I wanted to name the place. Cindy & I discussed it for 4 tenths of a second. Lucinda's Country Inn was born and to this day we still enjoy hosting people to My retreat in the Mountains, well at least to the foothills of the Sierra Nevada Mountin Range. That is quite a picture, if I do say so myself. It really is a big accpomlishment. It wouldn't have been possible to make this trek from a wish list to reality without the steadfast guideance, support and love from her namesake. I've called her Cindy since high school, but you know her by her given name, Lucinda. She has truly been more than any man deserves, especially me. I love you Cindy and thank you for helping me make my wish come true. Happy Anniversary, # 53.


Posted by Daryls Ponderings at 5:32 PM